$20 Off Anova Nano with Promo Code 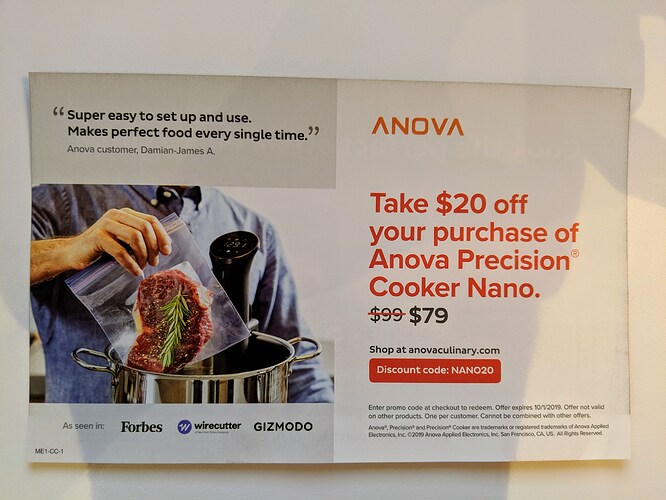 I received a promo code in the mail for the Anova Nano Precision Cooker. I already have the WiFi + Bluetooth Precision Cooker and it has been excellent for sous vide steaks.

Until October 1, you can get $20 Off the Anova Nano with Promo Code: NANO20

If you’re unsure about sous vide, I’d encourage you to checkout r/sousvide on reddit to see what you can do! It’s a game changer. 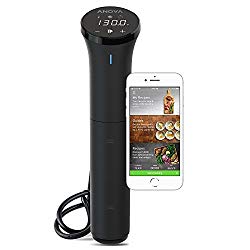 The Anova Precision Cooker Nano is an accurate, affordable sous vide cooker. It's an excellent choice for those interested in sous vide, but don't want to spend a ton of money. The cooker can be controlled manually or from Anova's app.
View on Anova View on Amazon

Also, remember that if you’re purchasing a sous vide circulator, you’ll need a container and lid to put the water and food in. I purchased a 12 quart Rubbermaid Container and a lid to keep the heat in. Here’s one that is designed to fit the Anova Nano.