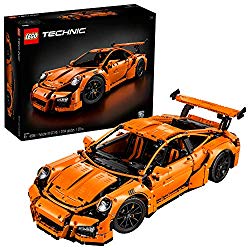 The set is prefect for any LEGO or Porsche fan. It contains detailed suspension, tires, brake calipers and wheels. It contains a working gearbox and a flat 6 engine with moving pistons. This set contains 2704 pieces and builds a 1:8 replica of the Porsche 911 GT3 RS.

This LEGO Porsche 911 GT3 RS is among the most detailed car sets you can buy. As part of LEGO’s Technic line, it contains a ton of details including a working gearbox and a flat 6 engine with moving pistons. This set also includes a collector’s book that covers both the history of both Lego’s Technic, as well as Porsche’s GT cars.

If you’re interested, Petrolicious has detailed photos of the completed LEGO set. It’s worth a look. 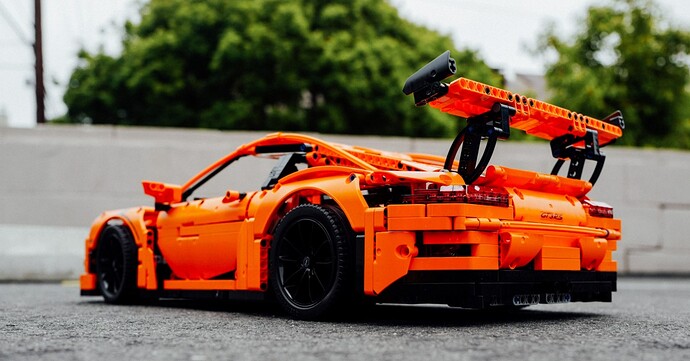 It takes a while to build, but during the process you learn a lot about how the car is put together

This set is expensive. If it’s more than you want to spend on a toy, there’s another set for the 911 RSR, which is a little less expensive, although I much prefer the color of the GT3. If you’re looking for something much less, I posted this 911 Turbo replica a few months ago. It can usually be found for under $20.

[image][image] 1974 Porsche 911 Turbo An affordable LEGO set for Porsche Fans This LEGO Porsche is part of the Speed Champions series. At 180 pieces this set is perfect for adults, children and anyone that loves legos. View on Amazon LEGO This LEGO Porsche set is both affordable both easy to build. It’s usually available for under $20 and might make a cool desk toy. If you’re in for more of a challenge, check out this kit.

I always love the adult lego sets. They take so long to build though. There’s just not enough time in the day.

The Porsche 911 RSR set you linked is similar, but with a 1,000 less parts. It’s also almost half the price. I’d say that’s the better buy for most people.

You’re right. They are a lot of work.

I did think about posting that one, but I think the GT3 RS model is cooler. If the other one was orange, I’d probably post that one instead.