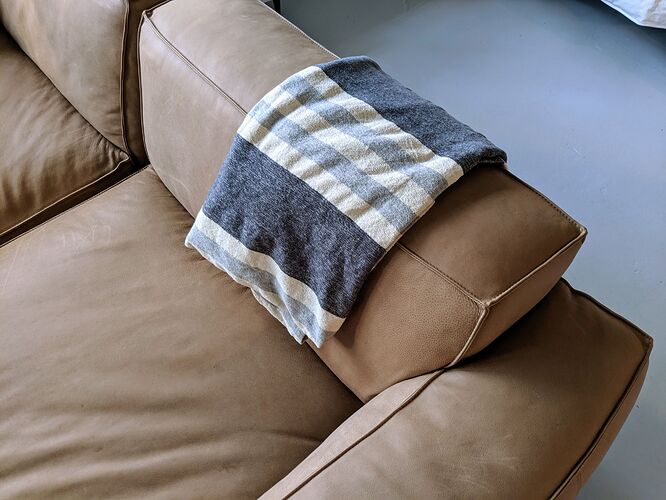 Thought I would post a few pictures of the Surya Troy Throw, which I recently purchased. Pictured is the charcoal version of the throw. My review, in short, is that it is a beautiful blanket at an incredible price. Unfortunately, it wasn’t quite as soft as I wanted.

My girlfriend has been asking me to purchase a throw for a while. What we wanted was something with the texture of West Elm’s Roar + Rabbit Refracted Throw. I just didn’t want anything that loud laying around my place. 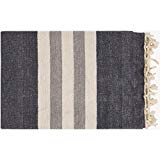 The throw is attractive and inexpensive, but it's not terribly soft. If you care more about looks and price, this might be a good buy.
View on Amazon 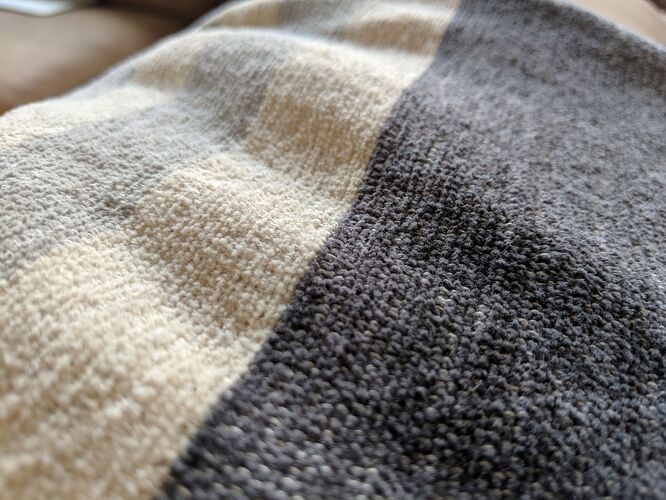 Looking at the detailed pictures online, I thought that Surya Troy Throw might have the same weave. That is the case, but the material just isn’t soft enough. It’s more of a very soft rug than a throw blanket. 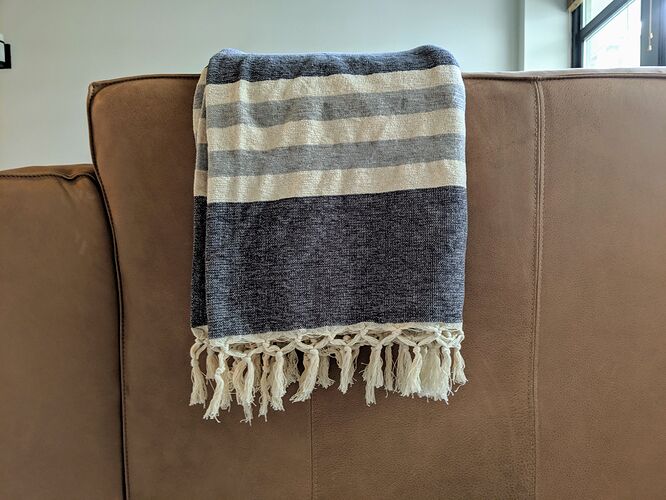 It’s too bad, because I love the look of the blanket—especially the tassels. It’s also designed here in Atlanta. I will note that the white stripes in the pattern are a a bit more cream colored than they appear in the Amazon photos. Think I’m going to return it though.

If you like the look, but don’t think you’ll be snuggling with the blanket often, Surya Troy Throw is a great deal. Otherwise you might want to look elsewhere.

I’m sorry to hear that this blanket wasn’t soft. I very much like the look. Did you find another throw to replace it?

Hi Maria, I ended up picking one up from IKEA—think it was this one. While a little more plain, it’s very soft and has the visual texture I was looking for.