Tiny Books Fit in One Hand. Will They Change the Way We Read?

Thought this was interesting. Tiny books that are read and work kind of like a flip book. 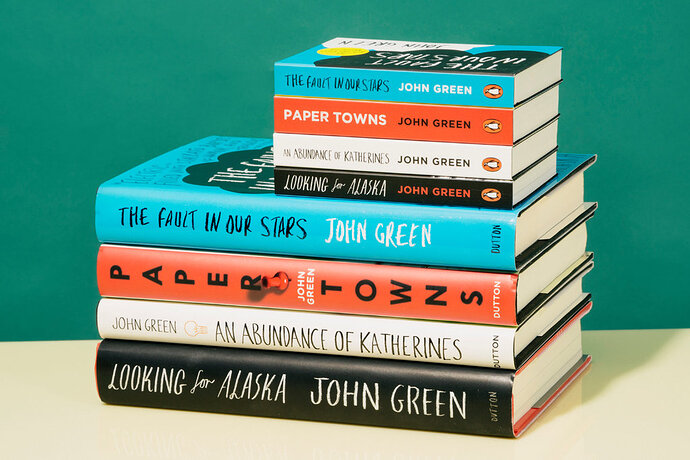 Tiny Books Fit in One Hand. Will They Change the Way We Read? (Published 2018)

Dutton, a Penguin Random House imprint, has just released its first batch of mini books, with a box set of novels by the best-selling author John Green.

The only books I’ve seen like this are pocket bibles or pocket constitutions. I love the thought of easily storing a book in my pocket to read on the train, taking an Uber or just sitting in the nearby park.

It appears this has been tried before though—supposedly called a flipbook. I found this comment in a thread elsehwere.

It wasn’t a success. In all, it looks like they only released a handful in the initial 2011 launch period, then didn’t release any more.1

I had a copy of Cloud Atlas in flipback format, and it was… okay. I bought it in that format purely for the novelty of it. It felt a bit like reading off a pair of playing cards hinged together, but wasn’t entirely unpleasant. Reading a fullsize paperback is nicer if you like the paper reading experience. The paper alone makes a difference; it’s very thin and crinkly, like old onion skin paper, or the paper in a Bible, or the paper you buy to roll your own cigarettes.

The main advantage it has over a Kindle or Kobo is that the book itself folds down smaller – a little bigger than an iPod Classic or a pack of cigarettes – and it won’t run out of battery power. In most other respects, the eReader has the advantage.

I don’t know anyone else who’s ever read one.

Has anyone else read one of these tiny books?

Flipping through a book in the manner pictured seems incredibly awkward. Does anyone actually want to read that way?

Why not just print slightly smaller like all the other pocket bibles?