The Google Pixel 3 event is especially interesting to me, because I’m considering moving from my Moto G5s Plus to a Google Pixel 3 or 3 XL. The event covered 3 new prices of hardware, which I’ve written a bit about below.

If you missed the event, The Verge has condensed it down to about 12 minutes. I would suggest giving that a quick watch. 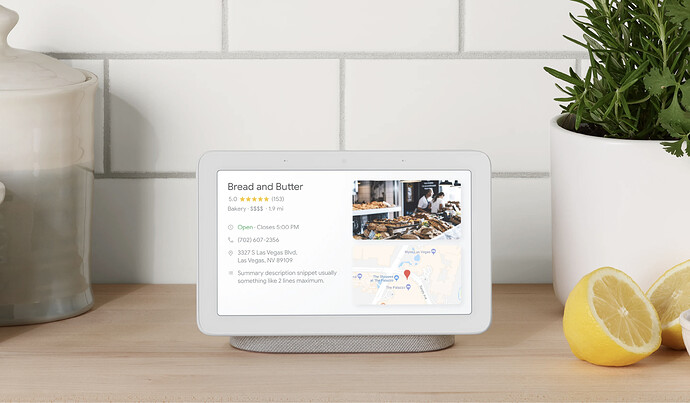 Aesthetically, I think the Home Hub is gorgeous. It is absolutely the most attractive smart home device. The whole lineup beats the hell out of the Amazon Echo/Alexa. Although, I do like the look of Apple’s HomePod.

What I find particularly interesting is Google’s use of texture across their hardware lineups. Soft colors, rounded shapes and textured encasings make the devices seem friendly and distinctively Google.

Realistically, I am not sure what advantage the Home Hub provides—other than having another portal to manage your Nest devices. Over an over they mentioned syncing your Google Photos as some sort of screen saver when you aren’t using it.

I have been skeptical of most smart home devices and don’t think that Google Home or Amazon’s Alexa provide enough benefits. Although, I to like they intentionally avoided adding a camera to this device. Compare that with Facebook’s Portal, where the camera is a defining feature.

Anyways, this thing seems competitive at $149.

Also more reading on the battle for the home at Ben Thompson’s Stratechery. 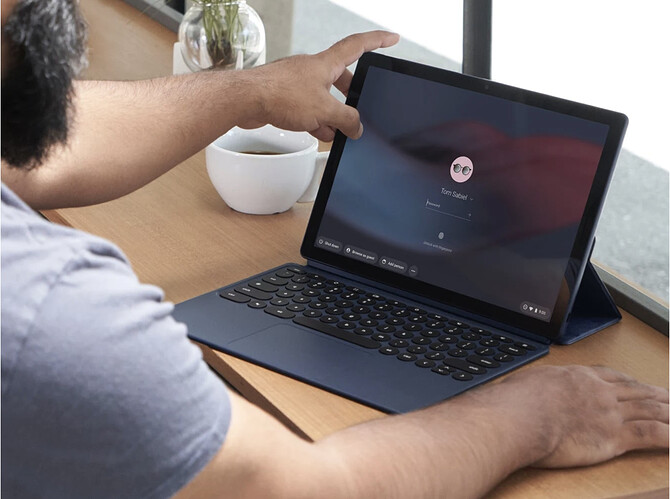 I don’t have a ton to say about the Pixel Slate hardware. It is clearly trying to compete with the iPad Pro and Microsoft Surface Go/Pro—striking a balance somewhere between PC and tablet. Maybe it’s good enough for someone who uses the internet and writes a lot?

It’s never felt like Google has put much effort into tablets. I wonder if they’ve decided to go with the Chrome OS brand over Android? Maybe this is the direction they are taking? In either case I am pretty interested in seeing Google’s next tablet offering.

A big deal was made out of the keyboard for this thing. Interestingly it uses rounded keys, which are similar to Logitech’s newer keyboards (see the K780 and K600). With many people upset over the newer Macbook keyboards I am curious how these feel and will hold up.

The new Pixel phone is what everyone came for—myself included. My initial impression?

There’s an incremental processor upgrade. The Snapdragon 845 replaces the 835. Apparently there is a new camera sensor. The screens are better. And all this would be fine, save a $150 price increase on the Pixel 3 and a $100 increase on the XL model.

I have a few hesitations about this phone. Google has opted for 4GB RAM when phones half it’s price are moving to 6 GB, the battery is about the same size as the Pixel 2 (or smaller in the XL), the front and back of this phone are glass.

Glass is about the most fragile thing you could make a phone out of. Manufacturers seem to be going in the opposite direction—from durable hard plastic to easily scratched brushed aluminum to easily broken glass. How far can this thing drop without shattering? It makes me worried, even with a case on it. 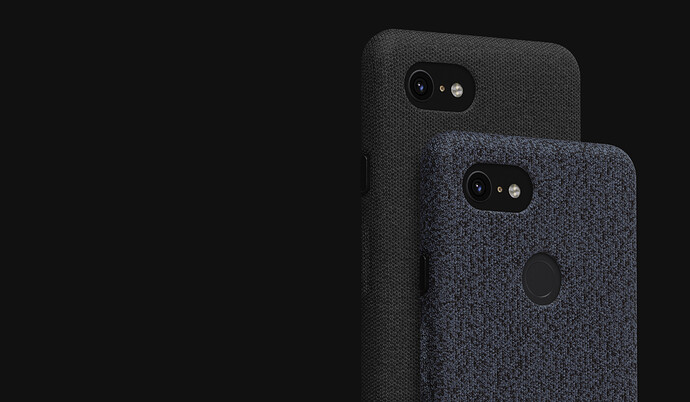 Speaking of phone cases. I do like the look of the cases for the Pixel 3. It has the same textured, fabric aesthetic as the Home Hub. How durable can it be though? With a glass phone, I’m tempted to get an Otterbox.

There’s also the Pixel Stand, which is $79. I’m not sure how I feel about it. Wireless charging is cool, but I feel like it might be a hazard. I’ve got concrete floors and can see myself reaching over to turn off my alarm and swiping that glass phone onto my concrete floor. If I do get a Pixel 3, it will probably be sans stand.

To be honest, the Pixel 3 XL seems like a big disappointment. At 3430mAh, it has a smaller battery than the Pixel 2 XL. I’m not a fan of the notch—although I do remember seeing somewhere that consumers associate the notch with more expensive devices. In either case it isn’t for me. Unless you want to pay $100 more for a big phone, or need a wide angle front-facing camera, the smaller Pixel 3 is probably a better bet.

And for all my skepticism, I do like the Pixel 3. I much prefer the 5.5-inch form factor to larger phones. It’s also nice to see that the smaller phone doesn’t get nerfed on specs. Same great camera, same great display. And the battery size did increase for the Pixel 3.

I am not sold.

If I was going to get one, it would probably be the normal Pixel 3 in white. Battery life and durability are my main concerns. I’ll hold judgement until I see a few reviews about it.

I would be open to purchasing a Pixel 2 XL, if I could find it on sale for around $500. There were discounts around that price this summer. Since so much of the camera and upgrades are software, a Pixel 2 might be the best choice here.

I do not think many of the software updates will be coming to the Pixel 2. There is very little here to force people to upgrade. Without those new software features, people would just go back to the 2.

From what I’ve seen, the screen is the real show-stopper here. It looks beautiful. I’d imagine Google doesn’t want to deal with the burn in and yellowing screen issues that the last Pixel had.

I was planning on pulling the trigger here, but durability is also a concern for me. Even with Google care, I need my phone for 2factor for work. I don’t have the luxury of shipping it away

Sofware updates won’t be coming to the rest of the Pixel line? Do you have a source for that?

If true that definitely makes the Pixel 2 a little less appealing. I am probably a month out from purchasing. I’ll give a full update regardless of what I decide.

FWIW, I tried the Pixel 2 XL last year for about a month and returned it for an iPhone X. I am a long time Apple user, but love photos.

The camera on the Pixel 2 absolutely set the bar for phone cameras. Unfortunately, there were too many other concerns that made me switch back to apple. It didn’t feel like it had the same build quality as an iPhone, I couldn’t get used to Android, and I really missed iMessage.

The other issues are probably more me than the phone. I just couldn’t get used to the Android operating system. Not that it is bad—in many ways it looks prettier than iOS. It just wasn’t for me. The biggest issue was iMessage. My fiends and family all communicate in iMessage group chats. Plus, I wanted to be able to send and receive texts from my computer.

There was just too much missing.

I was listening to the follow-up podcast from the Verge and they had some interesting things to say about the Google Home Hub.

Another interesting point about the camera. Most companies assume that people will use these devices to make video calls—that’s never the case. They are usually in a fixed position, they are always awkward to work with. It’s just not realistic to call from these home devices as opposed to their own phones.

On another note, saw this article and thought it was interesting. Android wasn’t said a single time at Google’s Pixel 3 event. Maybe it is seen as too technical? 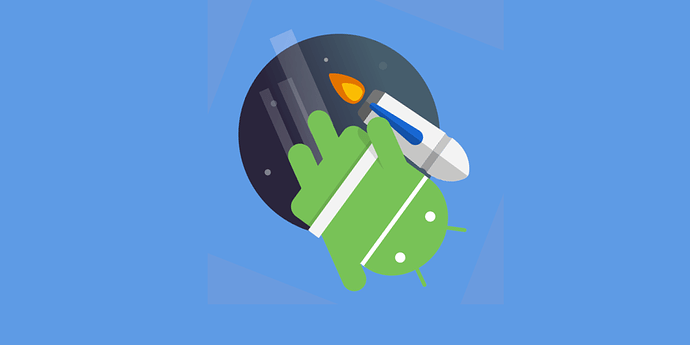 Android as a brand has been slowly disappearing for years, going all the way back to the move from Android Marketplace to Google Play. Now it's even more gone...

@sam It seems like a lot of your thoughts were spot on. I went through the Ars Technica and Verge reviews of the Pixel 3. 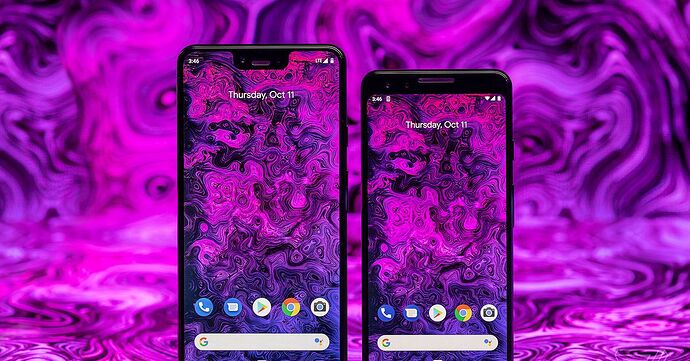 Google Pixel 3 and 3 XL review: the best camera gets a better phone

Taking it up a notch

The Verge loved the phone other than the easily scratched back. If photos are your priority, it looks like the Pixel 3 sets the bar again. 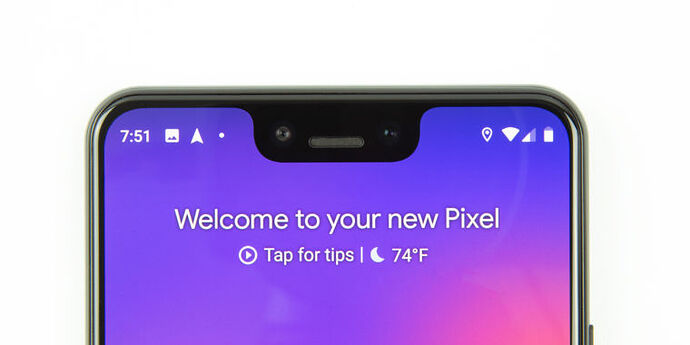 Ars was concerned how the Pixel would age given 4GB RAM. Also they tore apart the all-glass phone design. I tend to agree 4GB leaves me scratching my head. Even the base model OnePlus 6 got 6GB. I’m sure the base 6T will have 8GB RAM.

I suppose if photos are your priority, the Pixel 3 will be a good—but expensive—choice. If you do end up purchasing it, I’d say a case and insurance is a must.

Durability, RAM, price, notch (If you’re into the XL)—all of these things are the cost you pay for having an exceptional camera.

From what I’ve seen about the Pixel 3 everything boils down to one question—are you willing to compromise on those things for the best phone camera available?

I mean some of the stuff they demoed is wild. That focus tracking stuff is witchcraft.

It’s not for me. At least not until I see more about the OnePlus 6T. All about that teardrop notch design.

Yeah, on the other hand The Verge summed up the OnePlus 6T mostly in the same way they summed up the 5T—The best phone without s great camera.

It comes down to that. If a camera is one of the most important reasons for having a smartphone. It looks like the Pixel 3 is the clear winner. 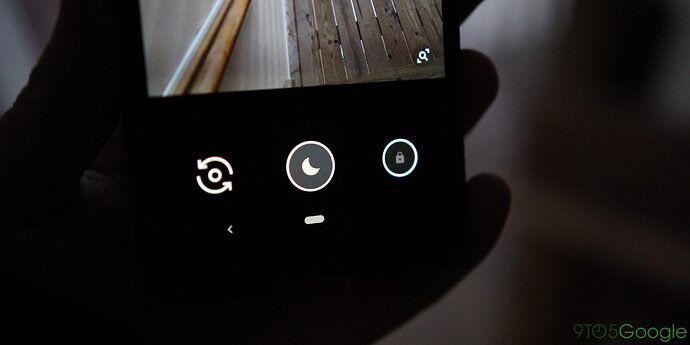 Announced alongside the Pixel 3 and Pixel 3 XL, Google Pixel Night Sight made some big promises for low-light photography, and it certainly delivers...

According to several sources both Pixel and Pixel 2 phones will be getting night sight and presumably other software features.

This makes sense because Google hasn’t discounted the Pixel 2 and 2 XL much. On the other hand it’s nice to know that if you own a Pixel your camera will probably get better year-after-year.

Google has having some pretty solid sales for Black Friday.

The one everyone wants to know about starts Thanksgiving day (November 22):

I posted it in the Black Friday topic, but figured I’d add it here for anyone interested.