Sony a6300 Notes: It's Worth Moving from DSLR to Mirrorless

Sony Alpha’s a6300 is a fantastic mid-range camera. It’s the camera I would recommend to beginners getting more serious about photography. It’s small, reliable and provides great-quality RAW photos.

Sony’s a6000 series was the clear winner once I decided I was going to abandon DSLR models for mirrorless cameras. At the time there were three cameras to consider the a6500, a6300 and a6000.

The a6300 was a significant improvement over the a6000. Most notably the bump from 1080p video to 4k video. Additionally, the a6300 had better low-light sensitivity and an improved autofocus. For a couple hundred more the a6300 was an easy choice.

Between the a6300 and a6500 there is a less impressive bump. The most notable difference is that the a6500 has a touch screen, which is nice. But camera controls are sensitive enough were it is possible to do without. The other advantage is cooling. The a6300 has some thermal issues—especially when shooting 4k video. If you continually shoot 4k video for more than 15 minutes or several long intervals back-to-back the camera will begin to overheat and automatically shut down. The a6500 can make it about an hour without overheating issues.

Moving from DSLR to mirrorless

I have owned a few other entry-level cameras before moving to the a6300. My first camera was a Nikon D90. Shortly After that I moved to the Nikon D3000—a great beginner camera, which served me well for years.

The perception int he photography community is that there are a few trade-offs when switching from DSLR to mirrorless cameras. When I purchased the a6300 I was aware of them, but wasn’t sure how much they would effect me.

I knew that mirrorless cameras would be much smaller. It’s true. I take a ton of photos on trips, which means that a smaller camera has a ton of advantages. Here the a6300 is a big improvement.

Because mirrorless cameras have no mirrors, there isn’t an optical viewfinder. Instead the camera has an electronic viewfinder (EVF) that is essentially a small screen. I wasn’t sure If I’d like this, but it’s incredibly detailed and I love it!

My biggest concern was battery. Because of the EVF and screens mirrorless cameras use more power than traditional DSLRs. Perhaps battery technology has improved, because I was able to shoot for just as long on the a6300 as I was on my D3000.

The exception for battery life is when taking 4k video. An entire day’s battery would probably be gone in 30-45 minutes of shooting video.

The following photos are from my summer 2017 trip to Banff National Park in Canada. These were taken with the 16-50mm Power Zoom Kit Lens. Some editing in Capture One Pro. 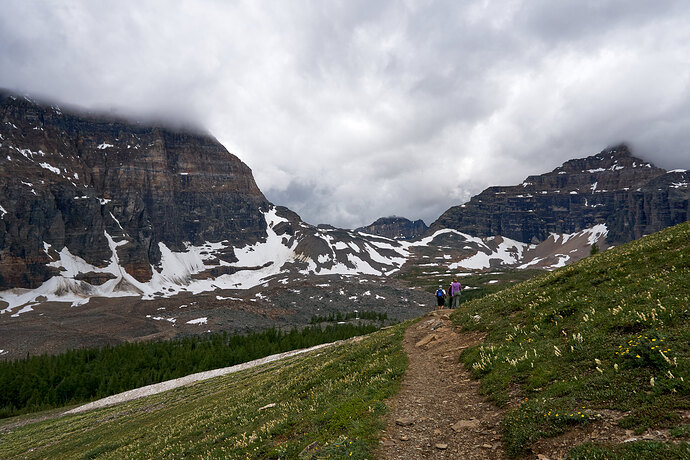 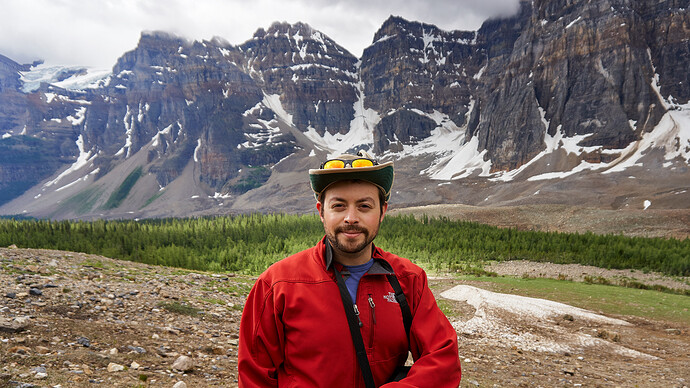 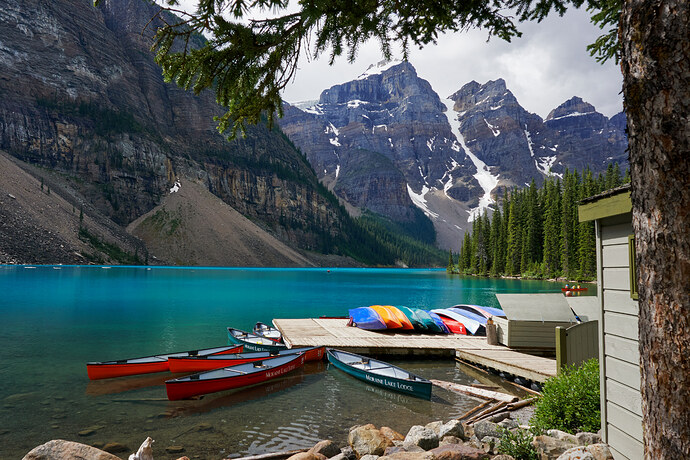 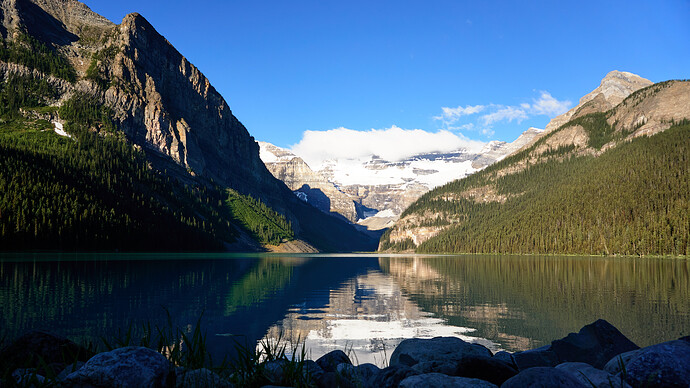 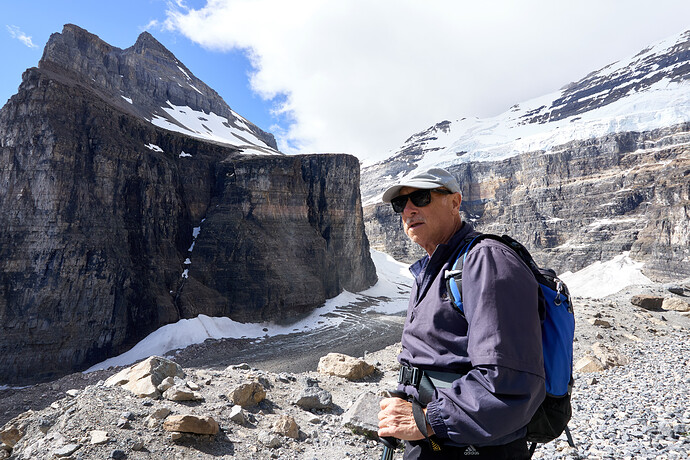 April 11, 2017: I ordered the Sony Alpha a6300 from Best Buy because they had a sale and it came bundled with a camera bag and extra Sony battery.

May 5, 2017: Getting files from cameras to my computer has always been a bit of a pain. I was hoping Wifi syncing here would make that much easier. Unfortunately that isn’t the case. Sony’s Playmemories software is horrible and when it does work, it’s laughably slow. More card swapping is in order.

August 18, 2017: Was able to get the first real use with this camera at Banff National Park this summer and I am very impressed. The amount of detail that it captures makes for some incredibly sharp photos.

July 27, 2018: More solid photos from my trip to Grand Teton National Park. Due to smoke from forest fires I don’t have

December 12, 2018: Now that I have a Google Pixel 3, I’ve considered selling my a6300. The quality is not quite there, but it is pretty spectacular. The exception is in low light, where the Pixel 3 is even better than this mirrorless camera.

@Sam Did you ever end up selling this camera? Why or why not?

I haven’t yet, but I also haven’t used it in about a year.

My Pixel 3 + Snapseed + Google Photos workflow is so much faster and easier that I kind of dread going back to my previous workflow. The final products probably aren’t as great, but camera software is so messy.

I would love to be able to sync photos from my a6300 straight to Google Photos. I don’t see that happening anytime soon though.