I love my iPad Mini 2, which was purchased in 2013. I cannot think of any electronic device that has aged so gracefully—especially with such heavy use.

The tablet still performs well for most things, but the battery life is beginning to suffer. The original battery was replaced once in 2015, just before Apple Care expired. I could have it replaced again for about $80, but given the age of the tablet, I don’t think it makes sense.

So here’s the question, what do I replace the Mini with?

Everything I’ve seen points to Apple’s iPad Mini lineup being dead. The Mini 4 from 2015 is still being sold at $399. That really wasn’t a true upgrade either, it just received the A8 chip.

I mostly use the Mini to read in bed. I don’t have that many games on it (FTL and Roller Coaster Tycoon Classic, which are both gems) If there’s a football game on and I’m tired, I usually stream it from my iPad.

I’m considering a jump to another model, but am concerned about the weight. The current 10.5 and regular iPad are a little over a pound, while the Mini 4 is 0.65 pounds. I’m hoping that the next generation iPad pros are a little lighter. It would be a huge bonus, if they were bezeless and slightly smaller.

The iPad Mini is probably dead. Perhaps, like the Mac Mini—which is supposedly being resurrected—we’ll see something similar. I have my doubts though. The new iphones are almost as big as the Mini. I don’t think Apple wants a $300-$400 tablet taking away marketshare from it’s new $1,200 phone.

It’s a shame. I travel often for work and the Mini 4 fits away so easily. I haven’t seen the performance degrade too much, but your iPad is much older than mine.

If I were you, I’d probably grab one of the new iPad Pros—whenever they are announced. It may be a little lighter, it may not. If Apple decides to update the Mini line you can always sell the Pro and move back to the Mini.

So it turns out the iPad Mini might not be dead after all. There are rumors… 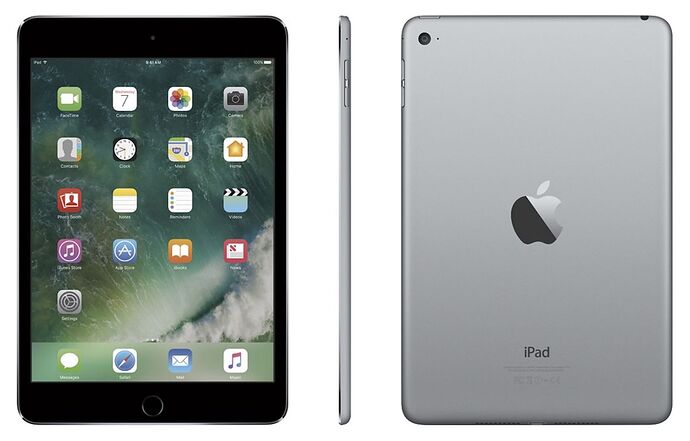 Ahead of Apple's October 30th event, respected Apple analyst Ming-Chi Kuo shared some details about what we can expect to see Apple to unveil...

Kuo says that Apple will launch a new version of the iPad mini, which has not seen an update in several years. Kuo says the device will feature an upgraded processor and a lower-cost panel.

Kuo does not know, however, if Apple will announce it during the media event or launch it sometime later in the year/early next year, but if an updated model is in the works, it makes sense for it to launch alongside the iPad Pro.

Obviously, the iPad Mini 5 did not launch at the event yesterday, but it may be due for a refresh in the spring. 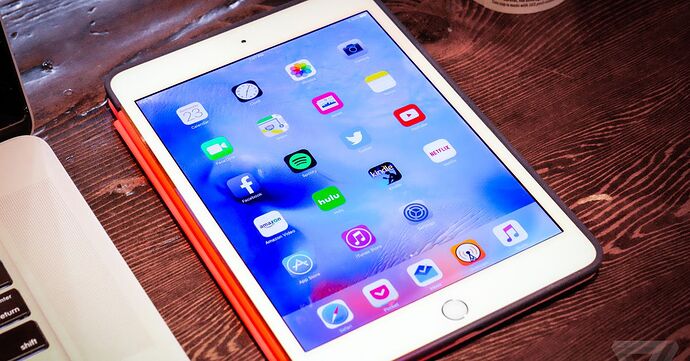 AirPower is still expected for either late 2018 or early 2019, though

When it does arrive, though, Kuo says that the new iPad Mini will get “an upgraded processor and a lower-cost panel,” which would seem to position it as a smaller option for those considering Apple’s entry-level iPad model rather than a miniature version of the iPad Pro. An iPad Mini update has been a long time coming — Apple last updated the device with the iPad Mini 4 back in 2015.

Personally, I think it just needs a processor update and Touch ID. No need for a crazy camera or Face ID. I just want an updated device I can read and play a few games on before bed.

The current iPad doesn’t have a fully-laminated display, but the Mini 4 does. Despite what the report from The Verge says, I hope that the new screen is laminated.

It looks like we can answer this—at least for now. The new iPad mini is available today. On the surface this looks like a significant spec update with the same Mini design.

iPad mini features the A12 Bionic chip with Neural Engine, a 7.9-inch Retina display, and support for Apple Pencil in a beloved compact design.

Honestly, Apple delivered exactly what I was looking for. Probably going to purchase it tonight.

You were right. I was wrong.