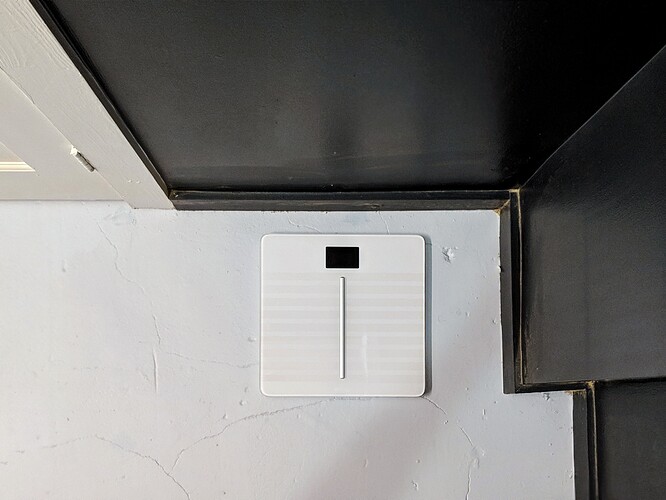 I am obsessive about weighing myself. It’s not that I am worried about my weight, but ever since I wrestled in high school, I feel compelled to constantly see what I weigh. I tend to weigh myself twice a day—it is just a habit that forms after a couple of years wrestling.

So that should explain why I decided to purchase a smart scale. I simply wanted a scale that would track my weight over time. With the Withings Body Cardio that also includes body fat, water and other composition metrics. 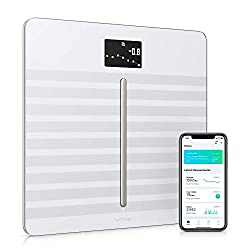 Even without Pulse Wave Velocity the Body Cardio is a great smart scale. It has the excellent Health Mate app that tracks weight, body fat, muscle mass, bone mass and more.
View on Amazon Withings Store

I purchased this scale on November 27, 2015. Here are my running notes on the smart scale.

This scale has been through a lot. I’ve changed from Fitbit to Apple watch hand haven’t noticed any of the connection issues I had with my FitBit. I know there are many cheaper scales on the market these days, but as long as this one keeps reporting data, I have no issues.

I’m not entirely sure what the issue is, but I’ve had issues with the scale syncing data to my Fitbit account. I have a feeling this was a software problem on Fitbit’s end, but has since been resolved.

Normally charging something isn’t worthy of an update. However, this is the first time I’ve had to charge it since I got the scale in April of 2017. It’s not like it hasn’t been in use—I weigh myself twice a day. The scale really does have amazing battery life.

May 2, 2018 - Nokia sells Nokia Health business back to Éric Carreel, co-founder of Withings

Nokia really screwed this up and destroyed a pretty good brand in the process. I am not sure what is going on behind the scenes, but hopefully Carreel can turn things around.

Nokia is offering either a discount on other products or a full refund for the body cardio. I’m going to take the 30% deal and keep my scale. The pomo code is good for until December. Maybe I’ll purchase the Steel HR or another smartwatch from them later this year.

I still wish they would have just renamed pulse wave velocity.

We brought the Pulse Wave Velocity (PWV) feature to a home scale for the first time with Body Cardio. We are now learning its capabilities in the area of measurement of pulse wave velocity may require a different level of regulatory approval. In light of this, the decision was made to turn off the pulse wave velocity feature. This action does not affect the other features delivered by our most advanced scale - such as weight accuracy, body composition, and heart rate readings.

Just call it something else then. What is the sensor actually measuring? Call it that—call it Nokia Health Wave for all I care. It is incredibly shortsighted to remove this feature entirely.

Nokia has updated the UI of the mobile app. Many would probably describe the look as clean, but it seems they’ve tossed out some features that I really liked. Particularly the trend line on all of the charts that showed an average, not just day-to-day information.

I emailed customer support, to submit a product request. We went in a few circles I don’t think they understood, that I just wanted the product team to put that request into their backlog.

For whatever reason the scale is constantly switching the measurements from lbs to st lb (stones?). I’ll switch it back to lbs and then the next time I weigh-in the scale automatically switches again. It’s incredibly annoying. The scale is a few months out of it’s warranty period, but Withings support offered me a 50% discount on a new scale. I’ll take it.

Nokia Health removed some features that made the Body Cardio more attractive. However, the prices of these scales have also dropped significantly. I think this is still an excellent scale for around $120.

If you want to track weight, body fat and heart rate on your phone, the Withings Body Cardio is a solid choice. The scale is accurate, never looses connectivity and is easy to setup. The scale syncs seamlessly with the Withings application, which is available for both iOS and Android.

It seems our scale went kaput just in time to ignore my holiday weight gains. When the holidays are over, we’ll need to inevitably replace it. I’ve been looking at some smart scales.

The Wirecutter recommends the Eufy BodySense and Withings also has the Body and Body Plus. Do you have any insight on those scales? Would you recommend any of those scales over this one?

Sorry, I missed this comment earlier. I don’t have any insight into those scales other than that I have a Eufy RoboVac, which is excellent.

I just wanted to say that I’ve owned this scale since June of 2017 and this is the first time I’ve had to charge it. The battery life really is spectacular. I think that’s worthy of a topic bump.