Looking for a Robot Vacuum without WiFi

I have an iRobot Roomba 614 that is about 2.5 to 3 years old. It’s a base model, but I love the simplicity of the Roomba—there’s no WiFi, scheduling, remotes or fence thingies to mess with. I simply push the button on top of the robot before work and I come home to a clean apartment.

The Roomba works fine, but I am thinking about upgrading again. The 614 is loud, large, bumps into things pretty hard and only has 600pa. It seems newer robots in the $200 price range are quieter more nimble and have 1000pa or more.

I don’t have any pets, my flooring is a dark (almost black) stained concrete and the layout is a simple studio apartment. I do not want a WiFi or app-enabled vacuum.

Any thoughts or ideas? Currently, my top choices are the Eufy RoboVac 11S / RoboVac 30. I’d happily purchase another Roomba. Unfortunately, it seems like all the current Roomba generation is all Wifi. 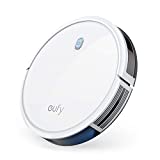 This is a quiet, affordable vacuum with a slim profile that lets it slip easily under furniture. It rarely gets stuck and has an excellent run-time.
View on Amazon 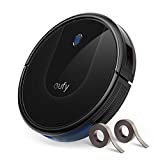 I am also in the market for a new robot vacuum cleaner and had been considering one of the base model Roombas. Specifically, I’ve been looking at the iRobot Roomba 675. 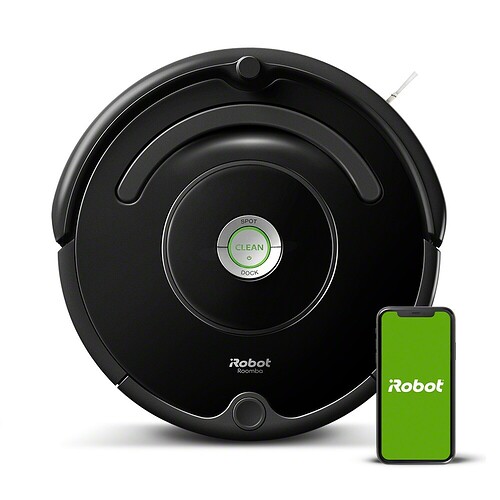 Connect to CLEAN from anywhere with the Roomba® 675 Wi-Fi Connected robot vacuum. Just press CLEAN and the Roomba® vacuuming robot gets to work!

Roombas are easy to clean and maintain. I am curious why you want to move away from that brand? What’s the issue with apps/wifi vacuums? I’d think that would be a big plus for consumers.

EDIT: @Sam FYI, the 11S is on sale for $180. I posted a link in the deals category. According to CamelCamelCamel that’s about as low as it gets.

[image][image] Eufy RoboVac 11S A quiet robot vacuum This is a quiet, affordable vacuum with a slim profile that lets it slip easily under furniture. It rarely gets stuck and has an excellent run-time. View on Woot! View on Amazon Deal Details Enter deal details such as coupons or promo codes. Include specific steps if applicable. Currently Woot! has the Eufy RoboVac 11S on sale. This Deal valid for the next 16 days or until the vacuum sells out. If the Woot! deal does sell out, Amaz…

Ah good spot! I’ll probably purchase the Eufy with that discount—too bad doesn’t apply to the white one as well though. I have a CamelCamelCamel setup. Interesting that it hasn’t spotted this deal.

Roombas are easy to clean and maintain. I am curious why you want to move away from that brand? What’s the issue with apps/wifi vacuums? I’d think that would be a big plus for consumers.

Your question about WiFi and app-enabled vacuums probably warrants it’s own blog post, but I’ll try and be brief.

My vacuum does not need to be connected to the internet to be effective.
I see little benefit to having my vacuum connect to the internet. My floor plan isn’t complicated and the layout doesn’t change. The programmed pattern that my 3-year-old Roomba has is very effective at cleaning. The only advantage I can see is getting updated cleaning patterns—but it just isn’t worth it.

IoT products add additional points of failure.
I don’t want my robot vacuum to die or break if the power is out or my WiFi is down. Once again, the benefits just don’t outweigh the issues.

IoT software tends to be poorly designed.
Yes, they usually are clunky and look bad, which makes me sad as an interface designer. The looks have improved, unfortunately the security has not. Internet of Things products tend to be the most vunerable to malware.

And finally the last and most important piece of this…

IoT devices connect to the internet for the benefit of the company, not the consumer.
I really don’t believe people want to turn on their vacuums from their phone. It’s one of those things that sounds cool the first time you do it, but it’s actually easier just to lean over and push a button.

The reason everything is connected to the internet now is because data is the new gold/oil. Companies are just discovering that they have access to these valuable new revenue streams. Look no further than iRobot, which is sitting on a treasure trove of floor plan design data. 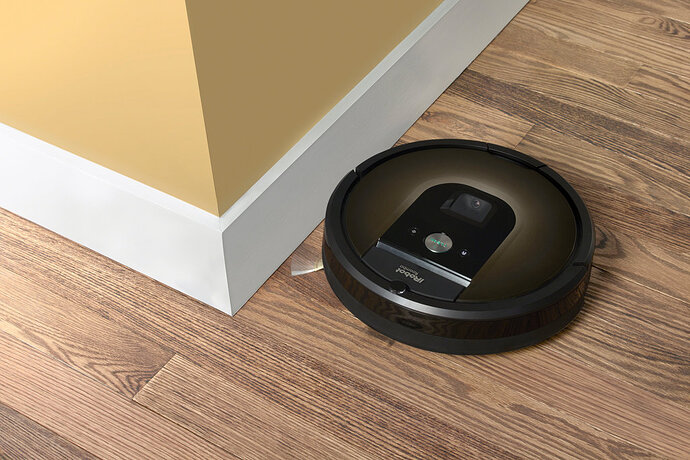 Your Roomba May Be Mapping Your Home, Collecting Data That Could Be Shared...

iRobot, the company that makes the Roomba robotic vacuum, is considering sharing the mapping data the devices collect to a company like Google or Amazon.

Now that story isn’t a surprise to me. I was against purchasing IoT devices long before that story broke. But it is amazing to me why people want all these things.

I’m hoping in 3 years or so it will be like 3D televisions. It was a fad and now nobody wants them. Unfortunately, since it greatly benefits the manufacturers, I’m afraid the trend is here to stay.

TBH I don’t really care if the vacuum tells iRobot what my floor plan is or how messy I am. Not sure why you’re opposed to that.

Also, if the app sucks you can always push the button to turn it on.

List of Tracking and Spyware-Free Products
General Motors Watches You Listen To The Radio
Alexa9 November 15, 2018, 1:12am #5

I bought the Eufy after seeing solid recommendations on The Wirecutter and reddit. It’s been a fantastic little vacuum so far!